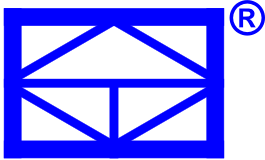 Perfect protection systems to safeguard the future of our soldiers!

We manufacture and supply numerous protection modules for a large number of current vehicles and cover almost all areas of an object. Our know-how and our innovative solution concepts are used in a wide variety of vehicles. Various battle tanks and armoured personnel carriers of different user states or light scout and reconnaissance vehicles are just a few examples.

We set new standards in roof and mine protection. We also make a significant contribution to the protection of soldiers with the production of passive and reactive protective elements for defence against shaped charges.

In the development of our protection technologies, the best possible protection for the objects of the armed forces is a particular focus.

In doing so, we maintain a balance between the three factors of cost, installation space and weight.

EQUAL weight between the factors

Many regional companies benefit from this orientation and often have their origins in research and teaching.